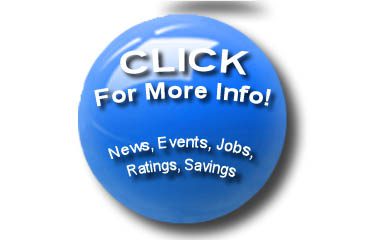 Wawakapewin is an Oji-Cree First Nation reserve located 350 km north of Sioux Lookout, Ont ario and only accessible by air and winter road

Be the first to review

Wawakapewin First Nation is an Oji-Cree First Nation reserve located 350 kilometers north of Sioux Lookout, Ontario. It is only accessible by air and the winter road system from Pickle Lake. It is a small community in which the registered population in June 2013 was 73, of which 43 lived on their own Reserve.

Native people have communities with their own history in Northern Ontario. It is possible to fly over the northern half of Ontario, and see only empty space. When we look at most maps, we see some Cree and Ojibway place names but most often we see English names for only the largest lakes and rivers, even the smallest creeks have no names. Bends in the rivers, places to set nets and camp all very old and descriptive names. Long before the first map was printed, the whole area was travelled, used and respected. It was also understood.

Somewhere, a map maker was giving names to places and wondering what to call the landforms he saw on his paper, when he came to an area in the Big Trout Lake region, some twenty-two miles from Kasabonika. He had decided to come up with a name for this waterway and decided on Long Dog Lake. Perhaps all the good descriptive names had already been used up or perhaps he was in a hurry to complete the map. In any case, those who fly over the area now, can only wonder why it was called Long Dog Lake.

The real name, the Nishnabi name is Wawakapewin. This name means the place where the river forms a bend or meanders. The name can be extended to include the people of the area, who could be called Wawakapewuk.

We have been providing Canadians and international visitors travel information about driving across (or around) this great country on the #1 Highway.

We are not government funded or directed in any way, and are supported fully by website advertising.

ON THE ROAD, follow us for latest travel news & weather updates!

OR watch the TCH News Page

ON THE ROAD, follow us for latest travel news & weather updates!

OR watch the TCH News Page

We have been providing Canadians and international visitors travel information about driving across (or around) this great country on the #1 Highway.

Tourism info across all provinces and all cities, with descriptions, info, map, lists of attractions, festivals, and more.

For when you're on the road, we have detailed itineraries for all segments, and highway history. ALSO: weather, road conditions, gas prices, and speed traps.