North Bay is a city of 51,000 on the north shore of Lake Nipissing, and is the major commercial centre around Lake Nipissing. North Bay is also a major railway town, with links west and into Ontario’s far north. The town also used to the Canadian base for NORAD’s strategic Bomarc missiles until 1967 when Canada decided to abandon its nuclear weapons. The town is popular with hunters, fishermen, and railway buffs. The area has beautiful churches, theatres, and music. In the winter, there is lots of downhill and cross-country skiing.

Visitors arrive from the south (many from Toronto) via its Yonge Street, which morphs in to Highway 11, passing through the Muskokoas before arriving in North Bay. From there hey continue on Highway 11, which becomes the Trans-Canada Northern Route, which arches through renowned mining towns like Temagami, Iroquois Falls, Cochrane, Kapuskasing, Herst, Longlac, Geraldton and Nipigon. Due to its strategic metals mining significance this route was completed during World War II, and it took another 20 years for the Main Trans-Canada Route along the north shore of Lake Superior to be completed. Highway 11 continues west of Nipigon, sharing the path of the Trans-Canada #17 to Thunder Bay, before #11 continues along the southern route closer to the US border to Atikokan and Fort Frances /International Falls before jogging north along the eastern edge of Lake of the Woods through Nestor Falls and Sioux Narrows to Kenora, to rejoin the Trans-Canada.

This 1000 soft-seat performing and visual arts center includes the beautifully renovated circa 1929
Capitol Theatre and the WKP Kennedy Gallery. The Capitol Centre is open Monday – Friday from 9 a.m. to 6
pm and Saturday 10 am to 6 pm. The gallery features a range of contemporary and historical art. Gallery is open year round, Tuesday through Saturday 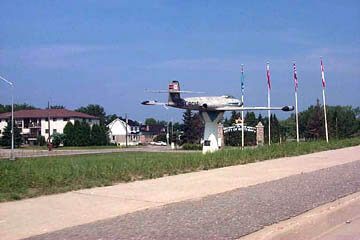 The Canadian Forces Museum of Aerospace Defence explores air defence history from the First World War, through the Second World War, into the Cold War and Beyond. Open  Saturday: 12:00pm – 4:00pm

100 College Drive, North Bay
(From Canadore College, or from Highway 17)

The 750 hectare campus has miles of all-season trails. The network goes past Duchesnay Falls, which roar during spring flood and has many scenic overhangs the rest of the year.

This festival celebrates winter, and is organized by the city’s French community

Take a 3 hour or 6 hour boat cruise of Lake Nipissing, to the Upper French River, on the south shore of the lake. Tours include a film presentation. Trips made mid-May to Labour Day.

The Dionne Quintuplets in 1934 became the first quintuplets ever born in Canada, and created a Depression-era media frenzy. They were put into the care of the Province by legislation, and became a major tourist draw. The original Dionne farmhouse, made of logs, has been restored and furnished with Quints memorabilia. Open daily form Victoria Day weekend to Thanksgiving (October).

This multi-season multi-sport hill including skiing, snowboarding and tubing in winter.  The Laurentian Ski Club formed in 1925 and over the years added ski jumps and chalets were built and re-built on the site numerous times, and in 1999 season was modernized and renamed  Jack Pine Hill, and in  2003 it became the Laurentian Ski Hill Snowboarding Club

This scenic road winds along 2 km of shoreline parks, with access to marina facilities and sandy beaches on Lake Nipissing accessible at over 20 points. 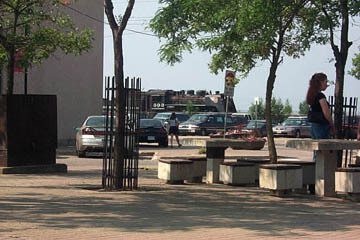 This hatchery is an intensive fish culture operation, raising brook trout, lake trout, and splake through the fry and yearling stages. These fish are then released into the area’s lakes and rivers. Open daily year-round except holidays.